Umbraco project for Midland Expressway.The M6toll is the most exciting development in British transport history for many years. Since the M6toll opened in December 2003, it has grown from strength to strength and is recognised as the key strategic through route in the West Midlands; bypassing one of Europe’s most congested motorways.
Midland Expressway Limited (MEL) is a private company with the government concession to design, build, operate and maintain the 27 miles of the M6toll until 2054. After this time the road will be handed back to the government. MEL is 100% owned by the Macquarie Atlas Roads. 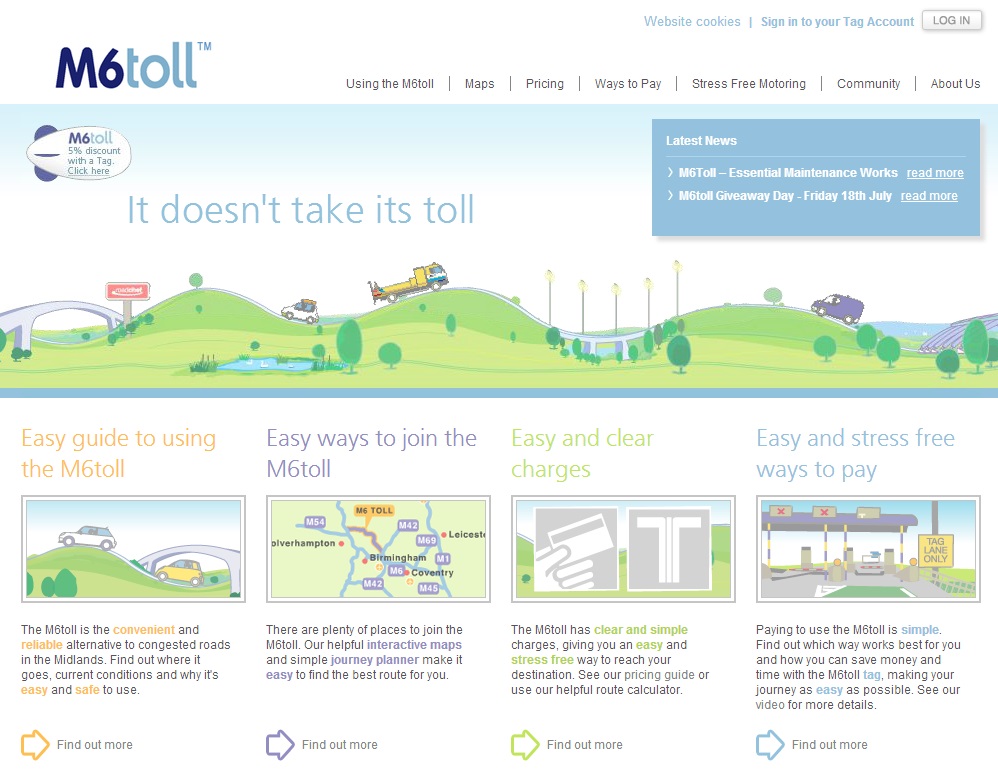